Normandy is made up of a number of different regions, each with their own attraction. But the Christmas period is a special time of year in France, wherever you happen to be.
Christmas in Rouen
In Rouen the Christmas lights are turned on on the 24 November and this is also when the Christmas market commences in the fine square in front of the cathedral. Here, you will find regional gastronomic specialities including waffles and pancakes, showcased in traditional Christmas chalets along with arts and crafts from the South of France (including honey, lavender and olives).

There will be a little train which will leave from the marketplace and take you around the old town with its half-timbered houses. There will also be pony rides for the children and frequent concerts will be held in the square.

The Cherbourg peninsula- Cherbourg is a fine old naval port which has a pretty, old quarter, a colourful open air market and the Museum of the Liberation. Visit the rugged coastline and explore the little villages. South of Cherbourg, visit Avranches and the Bay of Mont St Michel, with its 11th century abbey, the winding main street and the ramparts that give a spectacular view across the bay.

Further down the peninsula, East of Avranches explor Mortain, a delightful town built on a hillside with superb views, is worth a visit. There are several natural sites here such as rocks and waterfalls, in addition to the 13th century collegiate church. There is also a network of signposted and preserved pathways which are ideal for cycling, walking or horse-riding

For local art and history, visit Valognes, once named the Versailles of Normandy. Visit the aristocratic mansion houses of Hotels de Beaumont, Granval Caligny and Thieuville. You will also find the Regional Cider Museum and the Old Trades Museum here.

Don't miss Villedieu Les Poeles which is home to the world renowned 'Fonderie de Cloches', or Bell Foundry, at which a guided tour can be arranged, not to mention the copper workshops. While you are in the area, take the family to Champrepus Zoo, just 8km West of the town. 90 different species are contained here, there is a children's playground, snack bar and picnic area.

East of the Cherbourg peninsula you come to the Calvados department - named after the famous drink made from apples. If cider and calvados take your fancy, take the 'Route du Cidre' which is a waymarked circular tour of cider farms SE of Caen, within easy reach of the A13 autoroute

Caen is in this department and has many fine sights to visit including the Benedictine abbeys which include the Abbaye aux Hommes. Also visit Saint Etienne abbey and the beautiful Abbatiale de le Trinite. Caen itself is considered to be one of the most attractive cities in France.

Bayeux must be visited with its well preserved ancient Gallo Roman heritage. Visit the Centre Guillaume le Conquerant where the Bayeux tapestries are housed, the magnificent Notre Dame Cathedral, the Battle of Normandy museum, the British Military Cemetery and the Bayeux school of lace.

East of Caen, visit Beuvron-en-Auge, one of the most beautiful villages in France, with its charming half timbered houses, 16th to 18th century manors and hoses and the former covered market and chapel. Guided tours of the village are available.

Travel up the coast to the pretty seaside fishing town of Honfleur with its cobbled quays and alleyways, then on to one of Normandy's most fashionable seaside resorts, Deauville, famous for its American film festival which takes place in September.

Lastly in Calvados, visit Lisieux, a town of historical and cultural importance, with its norman timber fromted houses and the Cathedral of Saint Pierre, where, from June to September you will be treated to the 'Son et Lumiere' show.

Further along the coast, you come to the Seine Maritime department - from Le Havre with its walled city up to the popular seaside resort of Le Treport. Visit the medieval town of Rouen, with its half timbered houses, where a tour on foot is the best way of seeing its many sights. Dieppe is not just a ferry port. It is also a famous fishing port and coastal resort, with a lively Saturday market, fine restaurants around the harbour and the pretty old town. There is also a sea life centre here which the children will love.

Visit the fishing port of Fecamp, famous for its Benedictine liqueur and the spa town of Forges-les-Eaux in the inland hilly region where you can walk in the woodland and parks and wonder through the apple orchards.

Further inland and down towards Chartres you come to the Eure and Orne departments - visit the town of Beaumesnil and its fine chateau, famous for its Louis XIII style architecture, Le Bec Hellouin with the ruins of its 11th century abbey, and of course Giverny, 40 miles North of Paris where you will find Monet's gardens and the American Museum of Impressionist Art. 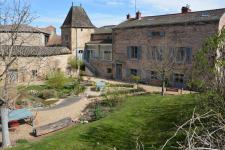 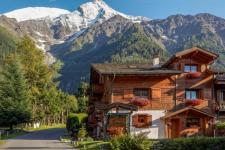